How to connect the LED to a network of 220 volts?

It is known that conventional LED devices connected to the network via driver 220 volts (example of this is collected on the basis of their light). In practice, there are situations where a power supply is required to connect a separate LED is most often used as an indicator. In this case the driver is impractical to incorporate electronic circuitry. Given the fact that the radiating element inherently has a diode - when you turn on the network it will work as a semiconductor junction.

Unlike electronic module (driver) for forming the LED small in magnitude DC voltage at AC power supplied to it 220 Volt AC signal with a frequency of 50 Hz. Since the semiconductor junction passes current only in one direction - the device will light up only in the intervals when the positive voltage half-wave (lower picture).

Thus, this element from mains lit not constant steady light, a flashing frequency of 50 Hz. However, due to the inertia of the observer, this effect is almost imperceptible.

Simultaneously with the direct inclusion of the diode flows through it is too large current, and the applied reverse voltage amplitude of 220 volts will cause its combustion.

In order to eliminate these undesirable effects, we need to solve the following two problems:

Meet these conditions and prevent burnout of the device is possible through the use of special schemes.

The simplest option to include LED - installation in series with the fixed resistor and the conventional diode withstand voltage of at least 400 volts (pictured below).

As the diode 1N4007 take imported product, up to 1000 volts. It is on us to be extinguished reverse voltage, protecting the LED from breakdown.

Alternatively, setting resistor in series with the LED of the desired denomination and parallel to it - back included conventional diode (photo below).

It is based on the fact that the current is 220 volts - it is the rms value, and it corresponds to a maximum of 310 volts. Just this figure should be taken into account in determining the resistance of the resistor.

Another method involves counter-parallel connection of two identical LEDs, as shown in the picture below.

This works similarly to the previous embodiment, with the only difference being that each LED in the pair acts as a reverse voltage limiter. At the same time they light with a frequency of 50 Hertz, but only in their fields of graphic sinusoid.

In some schemes, the restriction of the mains voltage is organized through the reactive element, which is usually used capacitor. The advantage of this approach is considered to be that on the capacitance does not dissipate the net power is completely transferred to the load. 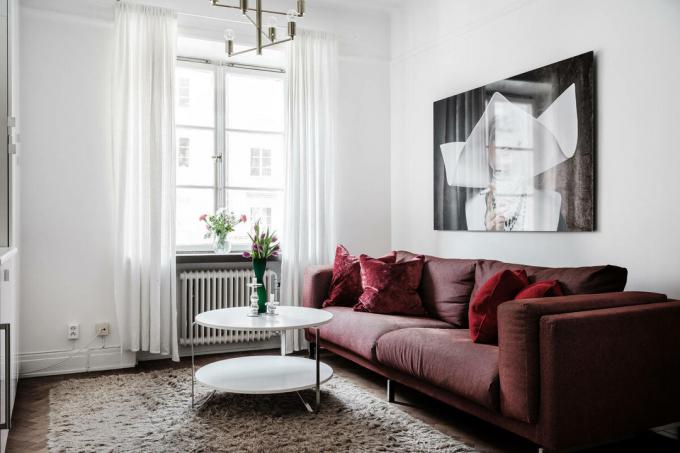 Stylish treshka 56 m² in a new building in Novosibirsk

In a small apartment in a new design studio MANGO He issued two rooms of three in a modern eco-st... 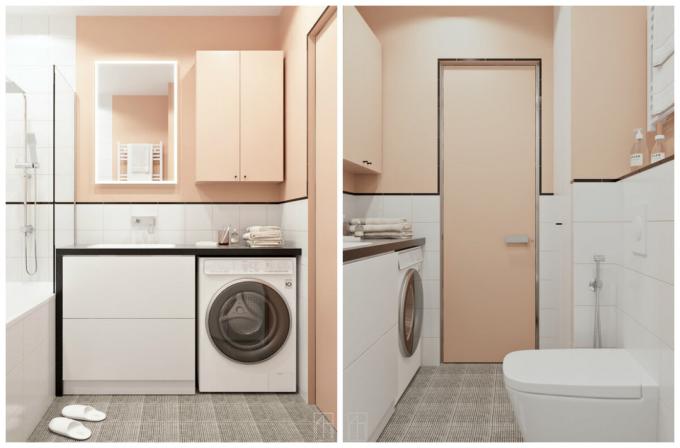 The apartment, which is designed Alexander Fox designer, Was to receive not only comfortable and ...