The basic rules and mistakes when connecting the LED strip

The list of household light sources (various kinds of traditional lamps, floor lamps and chandeliers), recently has been added LED ribbons. Focal areas of application - various lighting and decorative lighting. According to its principle of operation LED light sources are different from the classic incandescent lamps and their a modern energy-efficient counterparts, which entails a change of some rules connection. Ignoring these features it is usually accompanied by rapid exit belt failure.

Here are a few simple rules, compliance with which ensures long-lasting operation of the tapes. It is assumed that the tape itself, power supplies and control units (if present) initially have originally good quality.

Structurally LED tape includes components such as a flexible substrate formed thereon the printed conductors and unpackaged LEDs are installed. The latter are specially shaped semiconductor diode, which when flowing through a direct current due to charge recombination zone starts glow p-n-junction. Depending on the design of the diodes can operate in monochrome (single color of light) and be so-called RGB-source, the color of light which can be changed by remote control.

LEDs are usually grouped in three pieces, which are connected in series and added current-limiting resistor. Each such group constitutes an independent section and the individual sections are connected in parallel to each other. In monochrome (single-color) strips all of the same type section, in RGB-belt further isolated elementary assembly of the three sections operating in parallel as shown in Figure 1.

The maximum length of the tape is typically less than 5 m, food carried on the 12- or 24-volt source.

Parallel connection of individual sections results in a change of certain connection rules to the source tape.

The first typical error - a series connection of individual ribbons

Sometimes it happens that even 5-meter tape is not enough to solve the existing problems and their number must be increased. In this situation, the tape must be connected to a power supply only in parallel, ie, as shown in Figure 2.

In sequential mode via printed conductors to the power supply near the tape will be twice the current. Non-standard mode of operation of the printed conductors quickly leads to burnout tape. Furthermore, due to increased voltage drop across the conductors of the first band can be observed a marked decrease in brightness of the second LED strip.

Parallel connection of individual sections diabetes leads to the fact that the supply current increases in the entire tape multiple times the number of such sections. This coupled with the relatively low supply voltage is accompanied by noticeable heat. When installing the entire length of the tape on the substrate with good thermal conductivity, this effect is absent, excess heat is effectively removed, it is not too hot, not LEDs degrade and lose their brightness glow.

Functions of the substrate-heatsink may perform a decorative profile (example shown in Figure 3), mounting plate and other metal elements.

Power tape is produced by a specialized unit. Typical design concept of the device shown in Figure 4.

One of the popular ways to reduce production costs of producing such devices - all-round reduction in headroom. It follows that the operation of power at 100 percent load power takes place in a very busy schedule, which is accompanied by an increase of failure probability. Hence the rule on the need for the use of power LED strips sources 20-30 per cent margin of power.

Determining the source of power required for linear power operate tape which borrow from the technical data. If, for example, there is available power of 5 W / m and is put into parallel operation two 5-meter tape, the power source must be at least P = 1.2 * (2 * 5 * 5) = 60 Watts.

Despite the presence of a certain specificity, achieving reliable operation of the LED tape does not pose major problems. It's enough to not chase the cheap, and buy original quality products that comply with the above three rules and carefully carry out an installation.

Why Bath is better aerated concrete and warm wood.

In our subconscious since ancient times postponed that room must be made of wood only. But lately... 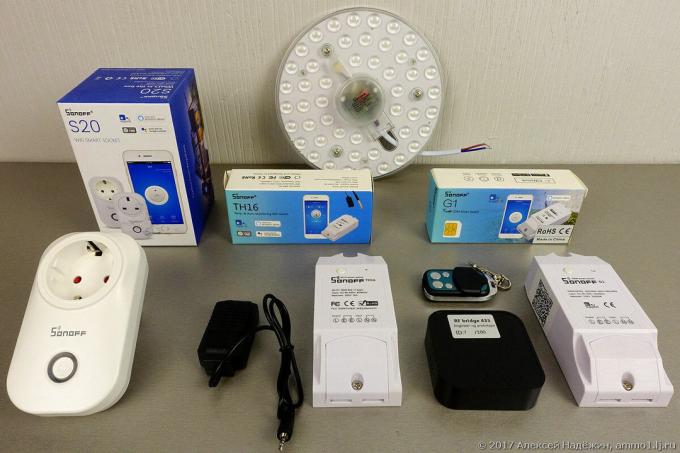 Cloudy control and monitoring to give

I learn what are the low-cost system for remote control and monitoring.After installing a video s... 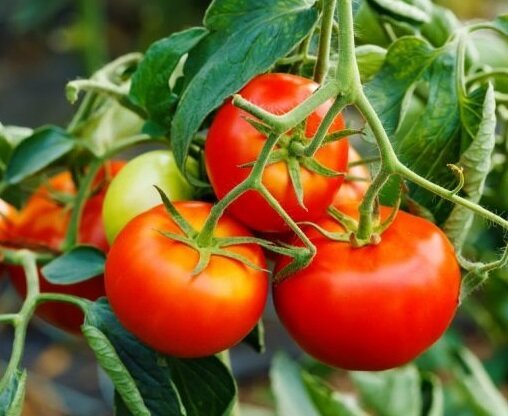 How to extend the fruiting of tomatoes in August

Most of all I do not like, the end of tomato season - a few days so you get used to the fresh and...