Not all deaths of electric shock from indirect contact to the body, covered in the press or on television. But also those which can be heard, it is enough to understand how serious it is.

The main cause of these accidents is the breakdown phase electrical potential on the body, whether it be a boiler or washing machine.

This happens due to the destruction of the heater housing. The water falls on live parts - Nichrome spiral phase and extends to the whole body of the boiler.

While we assume in the bathroom, which is essentially grounded, hands a person touches the boiler body or its other metal parts. Thus through his body starts to leak current, mortal life. Especially if you touch your left hand, the current passes through the heart.

Circuit breaker on the flap with a small leakage current will not work, since it is designed (usually for example) by 16 - 25 amps and off only in the direct short circuit.

How can protect yourself and your home from this trouble?

As indicated by the manufacturer, before using electrical appliance must be grounded. And it is absolutely correct. But more often in high-rise buildings, especially in those where there are provided electric stoves, ground-existent. The inline panel is only the working zero, which is connected with its metallic part.


To him then, and make the alleged ground hired mountain electricians. Some people just do not know the difference between work and ground zero, while others do not want unnecessary hassle and something else to do. For them, the main thing to get money for the installation, and then the deluge.

The connection is dangerous?

Yes, it works, if the phase is directly hit on the body, but if it will flow through the water, the circuit breaker will not work due to a small leakage current. But to destroy human values ​​that will be enough.

Still, there is a situation where otgoraet overall zero in the panel. In such a case, the neutral conductor potential phase appears, which goes to the body of the boiler.

Of course, this happens rarely and for a short time, but still happens.

Then the question is asked, how do you protect yourself?

Emergency circuit breakers in fact - it's the same but with the RCD function short circuit protection.

Like the conventional circuit breaker, it has a magnetic release, which is triggered at a current exceeding its rated value.

But the characterizing feature is the ability of one another - is to disconnect the power supply lines when the earth leakage current value: 5, 10, 15, 25, 30 or more mA.

Currents of up to 25 mA are not fatal to humans, so when it reaches this value in the chain, Emergency circuit breakers, disconnect from the power supply line, ensuring safety of the person.

Emergency circuit breakers on the leakage current of more than 100mA are no longer for human protection and safety of the home from fire if damaged wire insulation.

To check the differential circuit breaker on the performance by simply pressing the "T" that is - test on the front panel of the device. With proper machine should occur off its contacts. If it does not, then it is defective, and to use such unsafe. Of course, before you press, you need to make sure that it comes to the mains voltage.

Emergency circuit breakers is mounted on a DIN-rail, either alone or in the shield.

RCD wiring diagram is shown in the photo below.

Be sure to observe the procedure to connect phase and zero. Otherwise, the device may not work at all or not work correctly! 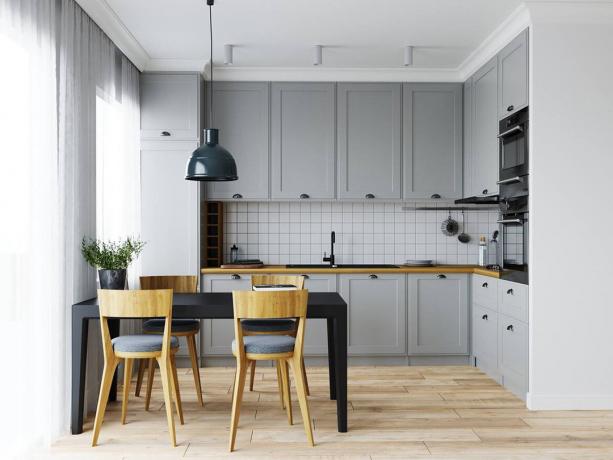 How to make a comfortable and beautiful kitchen: designer tips 10

Corner kitchen - the most popular model in the Russian apartments. We have collected 10 examples ... 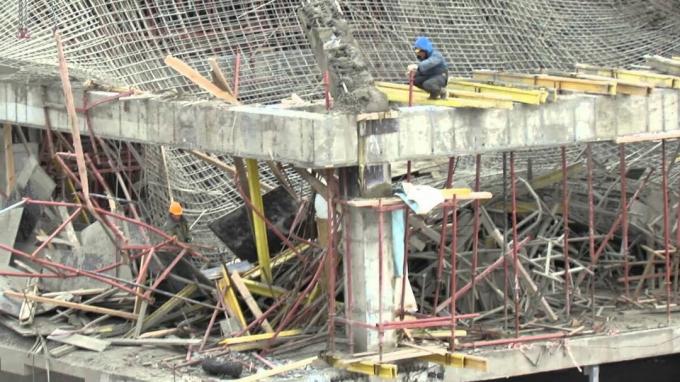 As a newcomer to finish weld Important feature

Folks, Hello .Prodolzhaem toss useful articles to our blog welding. And now let us look at a fair... 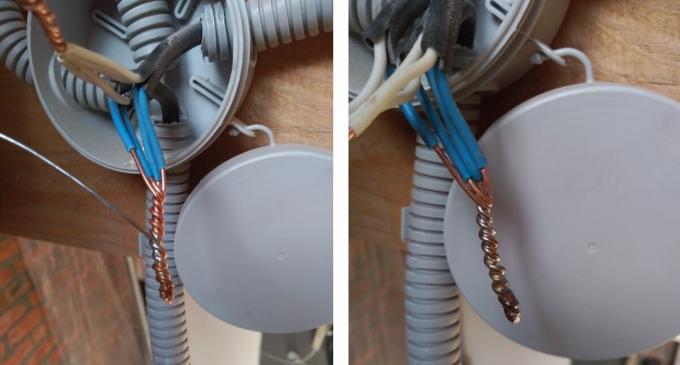