How to distinguish and it is better to choose: ouzo electromechanical or electronic?

To protect people and equipment from leaks special "high-speed" residual current circuit breakers are used, simply called the RCD. Among the variety of the models stand electro-mechanical devices and their electronic counterparts. For the interested user is important to understand the differences between these two models.

What is the structural difference?

To understand the essence of the issue, you must first deal with the construction and operation of each of the models in question.

Note: The internal structure of these two instruments does not affect the effect they produce (both simply disconnect the line from the network).

actuation principle they also one - detection of imbalance in the influent and effluent differential current node with the subsequent formation of the signal for the executive (isolation) module. But the sensitivity of the device and the relay nodes have different.

Thus, the difference is largely manifested in their design features, which allowed to carry these devices to different groups. V e / m models as a sensing (differential) transformer element is used, configured as a toroid with windings (pictured below).

Due to leakage currents in the difference signal are supplied to the execution unit. Unlike e / m models in the electronic analog and sensor and actuator assembly is made on chips and transistors. It got its name from it contains discrete electronic components.

Design features two samples RCD caused their functional differences that manifest themselves in the following:

Among the above functional differences must be interesting conclusion: electromechanical protective device is able to switch a power circuit, even without the presence therein effective stress!

How to use a feature e / m machine?

From a technical point of view interesting situation when switching from one property of external currents can only be used in practice.

Any competent electrician come to mind only two cases in which this feature might be useful:

In both situations, accidental or induced EMF will cause the appearance of short-time current. But people working on the disconnected line can be energized. In the presence of the RCD e \ m type is triggered by the unidirectional current flowing through the human body into the ground (reverse component in this case is equal to zero). If the line of electronic appliance is installed - it does not open it because of the lack of a full-fledged land.

As a summary review of the situation begs the conclusion that given the chance the e / m RCD is a versatile device that guarantees a greater level of security.

In addition, the reliability of it above, and the cost - slightly less. All this is a reason to choose to protect the linear chains in a situation when there are alternative proposals, it is this pattern of protective equipment. 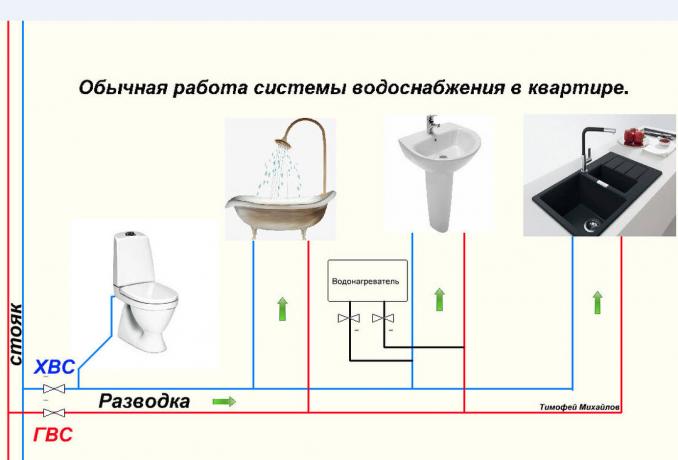 Wiring diagram for the water heater. From plumbing. He painted himself.

Season off hot water in the apartments with a central water supply is repeated twice a year. We h... 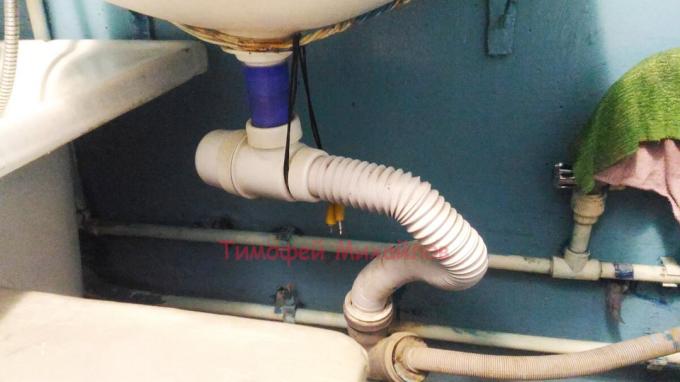 Not so often but there are unusual (stupid) solutions Washroom. Some pictures make you think and ... 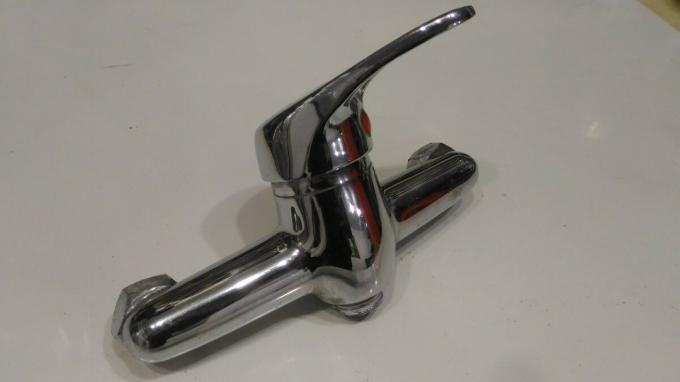 How to select faucet? Revelation plumbing.

In recent years, given the dismal situation in the country, landlords are increasingly becoming i...