How do I get rid of weeds, finding them useful application

On weed control takes the lion's share of time of any gardener. Someone pesters sow thistle, someone struggling with goutweed, and someone can not get rid of a dandelion. In any case, on the weeds to spend too much effort.

In my horticultural practice it was quite a long period when I was trying to find an individual approach to each weed. Someone deduced by exhaustion from someone rid digging, and sometimes it was necessary to apply herbicides. This approach had good results, but required a lot of time and effort. I can not say that it was very practical.

Spend all your free time on weed control, I did not want (And forces, to be honest, it was not enough). So I decided to approach the problem from a different angle, starting to use the "friendship" method. Its essence is to find for each weed their useful application.

This approach allows killing two birds with one stone. On the one hand, we do not have to look for ways to complete destruction of the weed, and on the other, will be able to get a small benefit. I do not think that this is some kind of "miracle". This method also has its disadvantages, however, in my case, he did his best.

Since in recent years plagued me, basically, nettle, dandelion and chickweed, I decided to look right for them.

I decided to begin with the nettles. Her I've always had a lot and it will sooner or later have to do something.

Not to find a way to complete elimination of the weed, it was necessary to find a useful application. It was not difficult. I immediately decided to make feeding through nettles vara.

For this purpose finely sliced ​​stems (leaves) the plants, half of them fall asleep plastic barrels, filled with hot water and left to infuse for 2 weeks. Fermented solution was diluted with water in a proportion of 1 to 10 and used as a top dressing.

The fertilizer had my liking, so nettles eventually became much smaller.

To dandelion I could also find its own approach. Instead of trying to remove a powerful root and destroy weed forever, I decided to make him an infusion of pests.

Earlier, I wrote about how to make infusions of dandelion, so the process will not describe. (In the comments I leave a link to the previous article, all painted in detail there).

So how to prepare a means of avoiding a lot of weeds, dandelions, too, ceased to be a big problem.

Collecting dandelions for a useful case was much easier than doing your normal weeding.

In the place which captured the wood louse, I broke an experimental bed of strawberries. In fact, turning into a weed mulch layer that retains moisture very well. The root system of the plants do not overlap, and the struggle for the sun and the air was missing. Strawberries lacked both nutrients and sunlight.

Another part of woodlice that grew outside the beds, I began to be used as natural sponges for stripping legs after work. Over time, I even began to feel the shortage of this weed.

I am sure that this method allows you to get rid of almost any weed. It is only necessary to find a useful application, and you will not notice how eventually destroy the whole plant.

What if apples rot right on the tree. Causes and consequences

There are many reasons why apples can spoil and rot on the tree. It may be a lack of trace elemen... 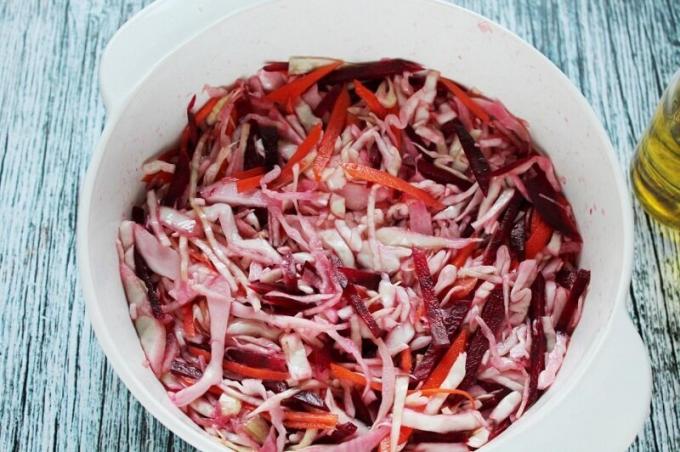 During storage cabbage usually loses its beneficial properties. There are different ways to creat... 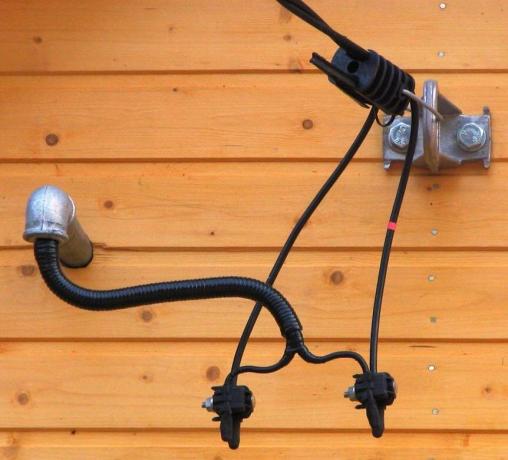 How to hold the wiring in the air for the electrification of the farm buildings?