Hrecently lo st received an application for installation of water meters, work plumber. Well, I think is excellent. Extra money does not happen, and the situation with the money at the moment plachevnaya- "Finance sing love songs."

Hfor there are applications in the initial installation of meters. The owners of some apartments are beginning to realize that they pay a lot of "komunalku". By accessing the threshold I tell them - "you quiet time the oligarchs use water without meters" - thus they feed the insatiable "worm", and the name of his utilities.

Pribyl on the application, delivered my trunk "Grantuli" from the tools, loaded them on his hump, went to the fifth floor to my "nurse" client.

Pozvoniv the bell, the door was opened by a lady fifty years. Greeting, immediately scolded her because she did not put water meters before. The reply was:

-"Apartment not mine, my mother, she is 80 years old and she was totally against the counters "- Well, my business is small, say - to make quality and get out leave taking "cache."

Process installation of meters has just begun, and working through the silence began to hear the sobs - cried the grandmother. At the end of the work it is almost I cried the whole apartment or daughter as she could not calm her down. As a result, it was taken to the back room, and later she began to calm down, apparently drunk her daughter drugs.

PRoh himself thought anything can happen, people in old age become in nature in young children - and so capricious, for what reason.

ABOUTfinishing the process of installation of meters, I sat down at the kitchen table and began to draw up documents for registration. At this time, with me in the kitchen was the daughter of the grandmother. Decided to satisfy her curiosity, I asked her: -"Why is Grandma crying, almost howling?"

What he heard, amazing and soulful response, still tearing my heart.

-"My mother of his childhood growing up in the village, the father she had died at the front. Her mother (grandmother women blogged story) took up with strange men, unfortunately, for some reason, he hated her children. Stepfather's favorite pastime was taking full buckets of water, which they had to bear with the river. The village is located beneath the mountain, to the river was five hundred meters. And while on the rocker arms, buckets, children donesut water still anything but shed "-

Perebiv woman asked the landlady's name to fill the act, after which she continued the story.

- "The Stepfather severely punished children for not completely filled a bucket, it usually took a twig and whipped children were not able to bring the water carefully. Mother did not stop her lover, while men were at a premium. she had turn a blind eye Entertainment on the fanatic. "-

PRo herself wondered what is the connection between my arrival and the fact that she was crying so much? As a result, the daughter of an elderly pensioner explained to me, proves my arrival in the elderly is associated with grandmother punishment for excess spilled water. She feels that her will scold and beat because she spends a lot of liquid water meter. Therefore, it is up to the last tried not to metering devices.

Leaving the apartment thinking, and yet we do not appreciate all the blessings that we have. Water runs freely from the tap, but before that it was necessary to raise vruchnuyu- horror for the current generation of ...

How to braze the aluminum wiring?

In implementing the power wiring in the house it is preferable to use copper wires. However, unde... 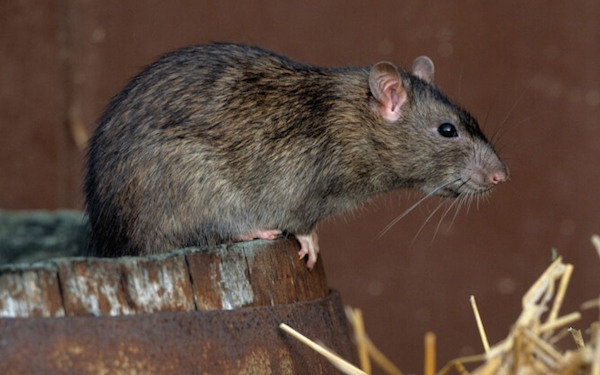 Get rid of rats in the garden ground: inexpensive humane method

In fact, these earthen mammals have little or no relation to familiar to us rats. They even refer...

Reproduction of roses by layering in spring with their hands

Reproduction of roses by layering in spring - a popular way to increase the number of your favori...