7 questions from childhood that some adults still torment

“Who is Cheburashka? Why are tsiferki in cheese? And what are these glass balls on the railroad and metal "E-shki" found in the yard? " - everyone at least once in his life, tormented by these questions, resorted to grandparents / parents for the answer. However, the situation has not changed even after a couple of decades, since there are still no intelligible answers to some questions, but only guesses and assumptions about them.

1. And why are the numbers in the cheese?

Admit it, you probably also came to your parents with this question, trying to find out what it is and why? But without receiving an intelligible answer, they simply made a wish, sending the found figure into a box of "cool things", about the true purpose of which few knew.

But everything turned out to be much simpler than we thought. And this is not at all the time that supposedly remains for us to live according to the version of some relatives and friends from the yard.


Typically, the numbers found in the cheese indicated the date of manufacture of the product, the number of production of the cheese, and the bathroom in which the cheese was cooked. Today, in the world of modern technologies and markings, this method has become irrelevant.

2. Glass balls on the railroad

Glass marbles on the railway are a find, which they cherished like the apple of an eye. The most beautiful were considered bluish and greenish shades, as a rule, they were most often hunted for. Such glasses served as a talisman, they were proudly carried in the pocket of their favorite sweater or jacket, and each time they lost, they were more upset than ever.

So what are these magic balls all the same - a gift from the gods or one of the ways to transport glass in containers? It turns out that cute glass is semi-finished products used to make fiberglass for various purposes.

3. Where does all the food go from the Miracle Field?

"Field of Miracles" is a game familiar to many. And everyone at least once in his life asked the question: "Where does all the food brought by the participants to the program go?" Perhaps this is the only moment that over the years worried the viewer more than anything else happening on screen.

"Distribute to those sitting in the hall and take home" is one of the most widespread versions. But as it turned out, the "Field of Miracles" has a huge museum, where everything that got on the transfer was sent, regardless of whether it was a loaf or a basket of mushrooms and a jar of cucumbers.

But Cheburashka to this day remains a mystery covered in darkness. There are many myths and legends hovering around the pretty, big-eared character. Someone considers him a monkey, and someone an alien from another planet.
And if you read at your leisure the translation of the word "Cheburashka" into other languages, then the positive charge is guaranteed for the whole day. One of which only Muxis, Druetten and Kullerchen are worth.

The mysterious metal "E-shki" found in the courtyard did not go unnoticed either. And while some publicly repeated that this was no "E", but "W", others proudly declared that this was the real "E". However, it does not matter, because practically everyone found their use for these "letters".

And all would be fine, but this thing turned out to be nothing more than an W-shaped plate used in the construction of transformers.

READ ALSO: What does the word "boy" mean and how did it appear in Russian?

"Chocolate with blood" - this can be said about hematogen, a healing bar from childhood, which almost every child has tried to eat. And if at present modern children are worried about the composition of lactose and gluten, then the old generation worried about one single question: "Ma, is it true that hematogen is made from blood ???"

7. Who is Murzilka and what to do with him?

And finally - the legendary children's magazine "Murzilka". A miracle with such a name can hardly be forgotten. But modern children cannot understand him, however, as well as those who lived in Soviet times. "Murzilka" to this day remains one of the most complex mysteries of the past and present. Many different assumptions are raging around him: from a fictional character, consisting of a collective image, to the word "murzitsya", which is used in relation to angry dogs. Therefore, all that was left for the children was to read, leafing through the pictures.

Get a positive charge for the whole day will help 20 funny situationscaptured in the pictures.
A source: https://novate.ru/blogs/230820/55706/ 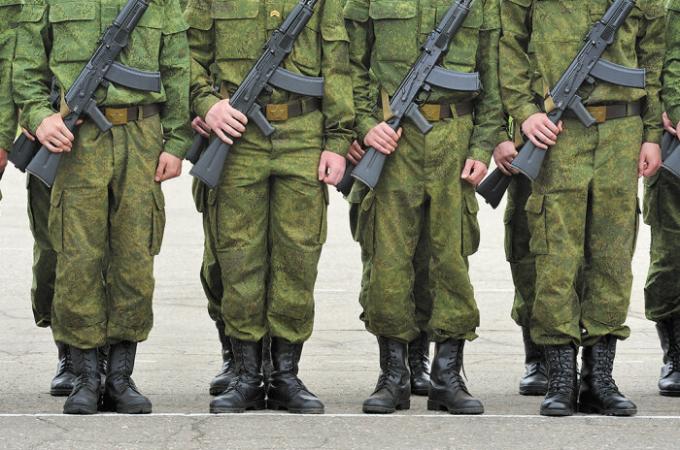 Why soldiers are forced to sew white undercollar to form.Those who have not served in the militar... (!)Subscribe to our channel at Zen &gt;&gt;IDEAS FOR LIFE| NOVATE.RU&lt; At current prices for fu... The use of copper sulphate in the garden

Copper sulphate is used in many areas. Use in horticulture to protect crops from pests and variou...