How to obtain the 12 Volt voltage: 3 simple method

To test some samples Appliance user equipment periodically needs an operating voltage of 12 volts DC. In considering options for their production is important to consider the power that is required to develop a load. As an example, explaining the need for this account, taken BP household computer and a car battery.

Both they "give away" the desired 12 volts, but in the first case the current in the load seldom exceeds 20 amperes, and the same setting when the starter is started reaches 200 amperes. That is the first of these devices is designed to significantly lower power rating than the car battery. Therefore, the power supply for it may not be as powerful.

Methods for the preparation

Consider each of these embodiments in more detail.

1. On the basis of batteries

Industry mastered the production of typical batteries of different standards, designed for operating voltage of 1.5 volts. In a series connection of 8 elements such as once obtained the required 12 volts. Batteries dock turns "plus" terminal of the previous element to "a minus" later.

The total voltage generated between the first and the last pin and the smaller value (3.0; 6.0 or 9.0 volts) is available at the output after the second, fourth or sixth batteries. But the photo is clearly visible below.

Important!Current state (charged) of the individual elements should not vary greatly, since then output the entire block of audio limited "podsevshih" batteries.

For the manufacture of such products audio source selected series with the same release date. The current in the load must not exceed the value specified in the data sheet for each element. If you need to connect to twice the load (with twice the current consumption) will have to get another one the same chain to be connected in parallel first.

2. On the basis of small-sized batteries

Known to most users NiCd batteries designed for a voltage of 1.2 volts. For on the basis of their source of 12 volts is required to connect the elements 10 in series, as was done in the previous case (pictured below).

Assembling of batteries source ensures longer operation than with conventional electrochemical cells, since it can be repeatedly recharged.

From the old PSU

It is known that typical PSU from computers (as well as some notebook models) "issue" at the output of the rectified voltage desired values ​​us. In the first case it can be removed from any free connectors between the wires in the black and yellow isolation.

Note: When working with pulsed power supply from stationary PCs will need to first install a jumper wire between the main blocks having isolation green and black.

The desired voltage is obtained and any of the household apparatus a compact unit on the power source or 12 volt, is used to connect the LED ribbons.

You can choose to make the PSU 12 Volt, using simple circuits.

Scheme rectification part stabilized BP is given below: 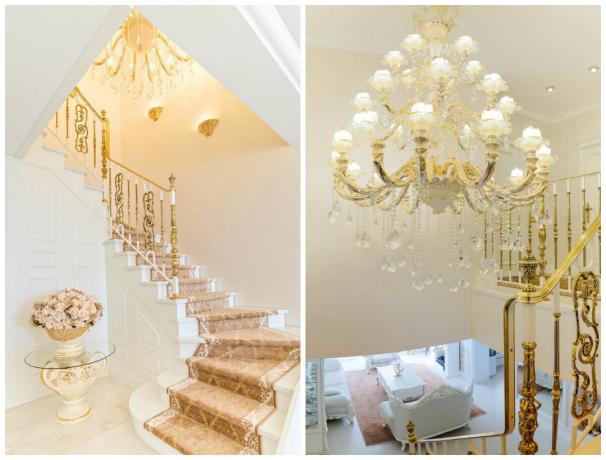 Do not be so: terrible "gold" apartment style Pseudoclassical

Many believe that the classics - a monogram, frill, flowered wallpaper and as much gold as possib... 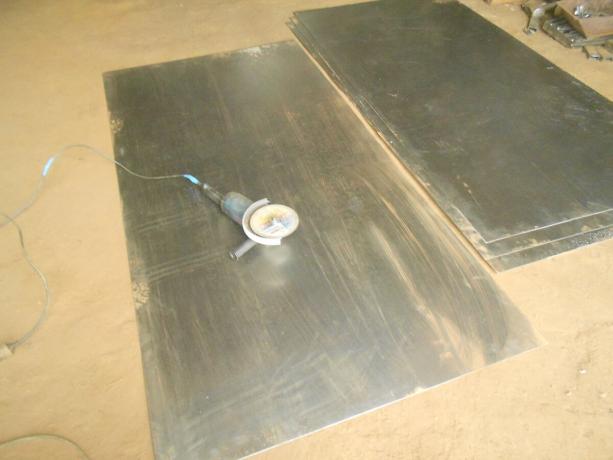 As is easily and accurately cut sheet metal grinder

All welcome. Bulgarian nowadays has become one of the most popular tools. Few people from the fan...

On my site is growing a lot of useful greens - dill and lettuce, and parsley, and cilantro. Of co...