I never did, but it was curious that inside the plastic ball valve, had to cut it. Photo closeup

Many of the apartments are made of polypropylene valves that can be closed in one motion in the case of water leaks plumbing in the bathroom or in the kitchen. These faulty valves were once hundreds thrown away when replacing them to work in the cellars and in the apartment residents. I have never thought to pull vnutryanku of taps. But this time did not give bad head chambers hands. And I did it: sawed a plastic ball valve engraver.

But initially I did hot knife cutter of building and welding machine of polypropylene pipes specifically for cutting taps, but something went wrong and I gave up the idea.

cutting taps did not take a lot of time at the end opened plastic screwdriver as nuts.

As the body is seen by continuous casting, under pressure, not folding.

The structure of the crane include:

This crane was at my house in the hot water for five years. It decided to replace as altered water supply system is automatically controlled by a thermostat (link to article below). He has not proceeded. I am sure that would still be served for a minimum of five years.

It seems to be, but to make sure that all the valves in the same cut another. He began to take place after 10 years of operation due to roughness on the ball. All photos for disassembly see in the gallery flipping.

The device is essentially the same, but it is worth paying attention to the gland assembly. He is a little different.

Many installers water systems, plumbing for simple, do not like ball valves made of polypropylene. This is due to the fact that when carrying out installation work, welding polypropylene is used. And one does not correct soldering leads to that it is necessary at times to throw out the entire assembled unit because of its non-separable. Unlike the installation threaded brass ball valves. But assuming the error can be welded fitting drill and solder on a new one. I talked about this early. And in fact, plastic taps, as we see, not much different from the usual brass. Subjects ball valves were firm - Blue Ocean and EK

As a result, I satisfied my curiosity, I hope you, too, were satisfied and put for the article Like! Save the drums!

My system of preparation of warm water, paper here. 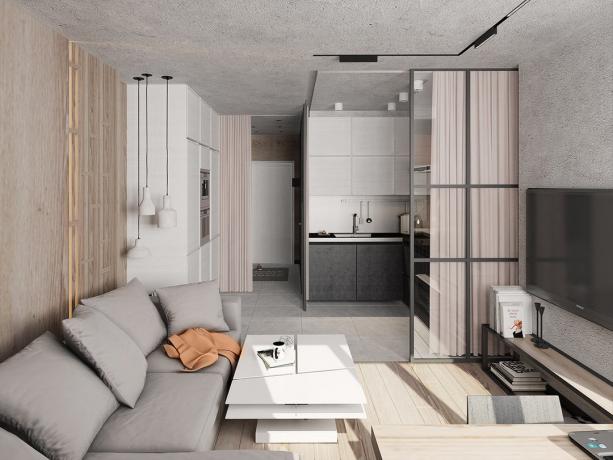 The interior of the week: a comfortable studio of 33 m² for a young couple in Krasnogorsk

The beginning of autumn is the period of the long-awaited flowering chrysanthemums spherical. Thi... 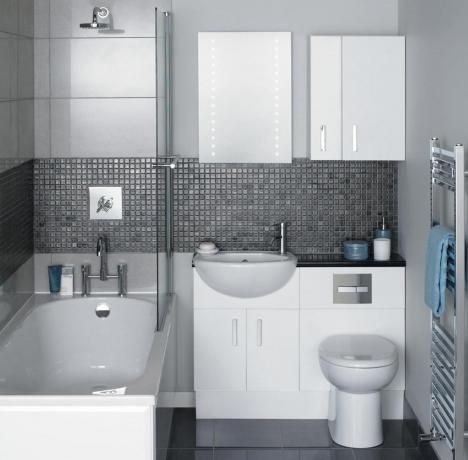 How to decorate the tiny bathroom: 7 designer ideas

In the small room in an apartment, even accessories must be functional.1. Wicker baskets instead ...