Why ironed wooden planks and other tweaks house masters

Problems encountered in everyday life, masterovitye owners decide on their own. Once everything runs smoothly, once problems arise, because the skill comes with time. But even experienced craftsmen sometimes overlooked some moments at work, working patterns. The material Novate.ru few simple tips, which are often forgotten, but they make life a little bit easier to master.

1. How to avoid damaging the workpiece surface for drilling

When the pilot drilling through holes when the drill passes through the thickness of the material and goes into the void, to keep the drill does not always work, and strikes the cartridge part. A particularly frustrating when it happens when dealing with sensitive material as impact can damage the surface. To avoid this, you can use the pad, which will extinguish the force of impact. Of felt or other similar material cut out a circle with a diameter slightly larger than the cartridge and put on a drill bit.

2. How to make the budget holder for the tool

Sometimes in the process there is a need to consolidate the power tool in a horizontal position. For example, in the processing of small parts it is much easier to hold the workpiece itself, and not the instrument. But buy for this special rack is irrational if it is used only occasionally.

It is much more economical to make a homemade holder of two sanitary clamps - their design is ideal for this purpose. By means of the screw-propeller, they are easily mounted to any stable plaque. the tool body is conveniently captured by the clamp halves and securely thanks to the screws and rubber seals.

Useful advice Novate.ru: Power today is in the house almost every host. This loyal aides in repair work, but they need to be stored properly, and then they are a long time will please impeccable service. One of the negative impact of factors - is the moisture, because of which the condensate settles on the internal nodes. To reduce the moisture level in the tool storage box or box to put the cloth bag of silica gel.

3. How to remove dents on the surface of the bar without sanding

The bars of softwood easily deformable, and it often happens that the dents are formed on the surface and damage. The usual solution in this case - is to glazing with the removal of the top layer. But if the damage is not severe, it is not necessary to hurry up with this.

Minor damage can try to remove using a conventional iron. The defective portion of the bar covered with a wet cloth and ironed with a hot iron. The generated steam acts on the wood fibers, returning to its initial position and by smoothing the dents. Cloth ironed chosen thick enough not to accidentally burn the tree.

4. How to protect the plug from dust

In operation, many materials provide an abrasive powder and its penetration inside the tool may lead to its failure. Protect it by using the simple filter from an old sock or stocking. The end of the cut, pull the sock onto the body so that it covers the ventilation slots, and secured with tape. Now the fabric will delay most of the abrasive particles. When working with filter breaks make more than usual, so that the Bulgarian is not overheated, and periodically shake the dust sock.

Interesting fact from Novate.ru: Electric tool for cutting and polishing of different materials called angle grinder (LBM), but he is more popularly known as the "Bulgarian". Where did the name, if the market of professional tools leading German and Japanese firms (Bosch, Hitachi, Makita)? The fact that this nickname came from the time of the USSR. In those days, LBM supplied from Bulgaria, people began to call the tool "grinder" and the name is stuck.

5. How to clean a tube with dried glue

Modern packaging construction chemicals in the tubes is very convenient to use. But there is a small problem - how to clean the nose of frozen sealant. This will help ordinary screw. Fastening element half screwed into a frozen mass, then the capture of bonnet pliers or plier and pull it together with the contents.

6. How to pull the stuck plastic plug from the wall

During repair, it may be necessary to remove the old plugs, but to get them is not so simple, they cling to the wall. Pulling them hard, much easier to unscrew. Take an ordinary corkscrew bottle, screwed it into the anchor and now pull it out of the wall a lot easier.

7. How to make sure that the key was in the bunch quickly

And this is a trick home to save time. It so happens that the keys are conveniently stored in a bundle, but a lot of them and to find the right, standing in front of the door, we have to sort through them all. But there is a very simple way to highlight the key, which is used more often than others.

To do this in his head next to the existing holes drilled latter. Key hung back on the ligament, but it does not cling for the basic and the additional hole. Now, if you omit the bundle down and shake, he was "beaten out" of the general line of keys and it will be easy to find by feel in the dark.

bonus: 7 tips on a drill that will reveal its hidden features

Recently, a lot of really amazing tips and additions to the usual drills, which greatly expand the limits of the possibilities of this tool home.

This review contains practical and unusual options drills tooling that will be useful to many masters.

I went to the HP press event devoted to business notebooks, which have shown including a modern l... 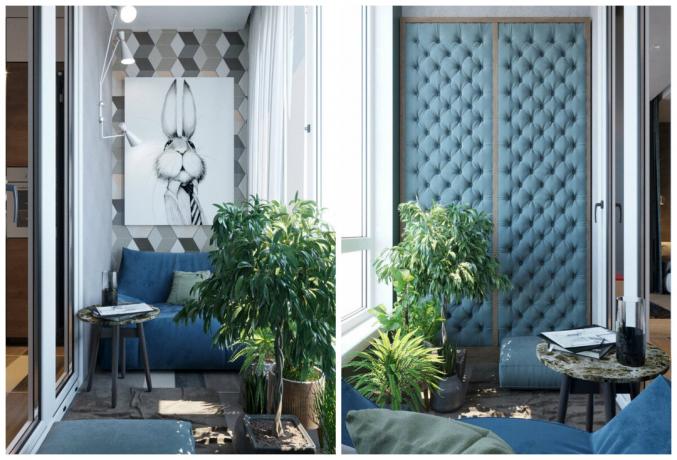 Bright odnushka 38 m² with a bedroom for a young couple

Do you know why the weld has the shape of fish scales?

All welcome. We continue our welding diary. And today I want to understand this easy and simple ...